If you'll remember, we last left off at me having to finish the fireplace before I could begin to wallpaper. I got the bricks painted a nice brown. 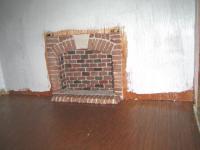 And then added a bit of color. I had just spray painted this with clear to seal the acrylic paints, so it's not a good picture. I'll take a better picture later. 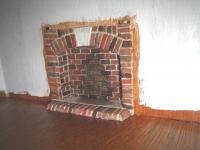 For the kitchen, I'm going with a red. I think it will look really pretty against the white trim. I'll have to wait for this to dry and then cut out the windows and do the other side. 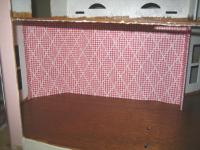 Now, for the upstairs rooms, and I think I'll start with the bedroom--having already built this house once, I know that regular dollhouse wallpaper will not work--it's not tall enough! 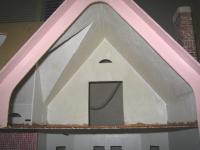 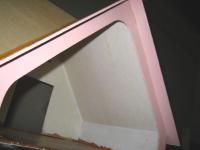 So, I've raided my stash of real life wallpaper. I've picked a recipient for this house already, who is crazy about pink, but she doesn't know she's getting it. Actually, when I began building the house, it told me exactly what colors it wanted to be and exactly who it wanted to go to.... Anyhow, the bedroom will be this pink wallpaper. What?! Didn't you know it was easier to wallpaper difficult angles doing it upside down? 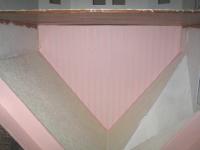 I've also begun painting the bricks on the outside fireplace/chimney, which really shows that brick pattern. 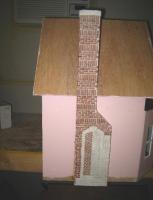 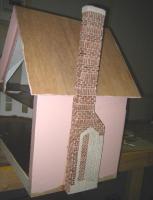 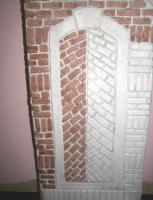