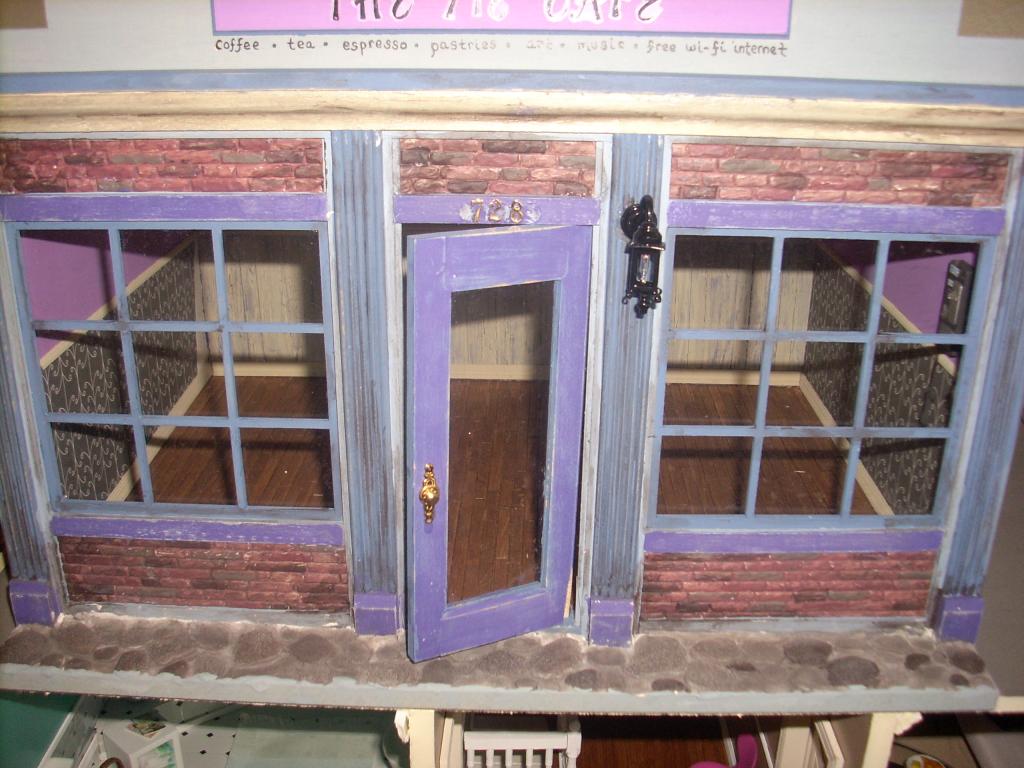 Finally found an espresso machine, and finally finished the outside of the coffee shop. It is called the "71A Cafe" which is a reference to a real coffee shop near my house called the 61C, which is named after a bus. I take the 61C now, but for the longest time, in college and after, I took the 71A bus so it's kind of representative of that. Dorky, I know!

At the Pittsburgh dh show, I got a little payphone which is inside of it now. Also, the outside lamp doesn't work, it's the one I broke when wiring the Georgetown.

There are no comments to display.